There are thousands of homemade ice cream recipes you can follow, covering virtually unlimited flavors. However, there’s only a handful of different ways to flavor ice cream and learning them upfront can improve your ice cream making skills and help you to start to develop your own recipes.

This is the most obvious way of flavoring your ice cream and in many ways the easiest. If your flavoring ingredient is already in liquid form or it’s a solid which can be dissolved then you can mix it directly into your ice cream mixture to create the base flavor.

This method covers the use of flavoring extracts such as vanilla, mint, almond etc. as well as other liquids and soft ingredients like cream cheese which can be directly combined with your base. Solids that will dissolve into your mixture such as cocoa powder, peanut butter and coffee powder are also included here.

This method is great because it’s not immediately obvious (to us amateur cooks) but works so well. It will inflate your preparation time by at least an hour and perhaps overnight, but I find the more involved the prep. the more fun the process and the more enjoyable the result. 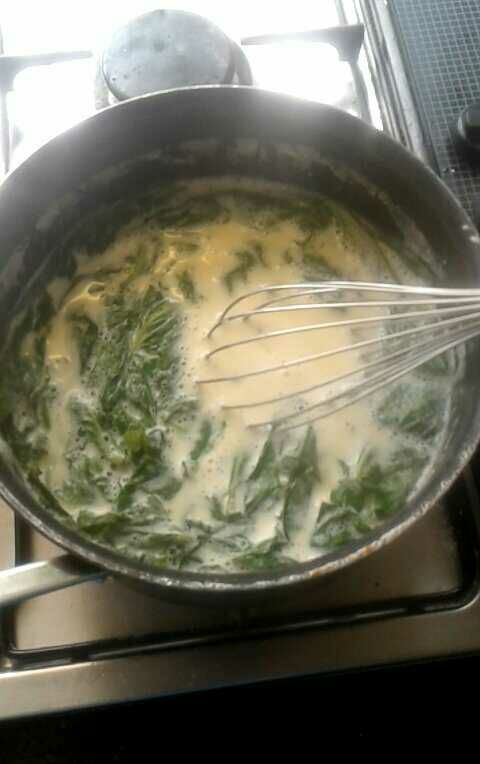 You’ll start by heating your base mixture of cream, sugar, maybe some milk + whatever you’re trying to extract flavor from until warm or sometimes to a boil. Then comes the waiting. You take your pot off the heat, cover and leave to steep/infuse for an hour or more depending on how strong you want the flavor to be and how readily it will infuse.

Nuts and spices are common ingredients to infuse. I’ve done several of these including almond, cashew, macadamia and mint leaves. Those are all pretty standard but try this one: popcorn! The process is exactly the same and result is a fantastic popcorn flavored ice cream.

There are a couple of downsides to this method. Once you’ve finished the steeping process, that ingredient is usually discarded which often feels like a waste. Another downside is that you’ll need a lot of some ingredients in order to be able to infuse enough flavor from them to be useful. When I made fresh mint ice cream using this method I bought my mint leaves from the supermarket and it was quite expensive as the recipe called for 2 packed cups of leaves which made that batch gourmet price as well as gourmet quality.

Some ingredients can be ground or blended into very small particles and mixed into your base to create the flavor. You might use this approach if your ingredient simply can’t be dissolved or if you want something different.

I’ve used this approach with powdered cinnamon as well as crushed (food processed) Oreo cookies and it works quite well. There’s also some fruits where you might use this approach by creating a pulp, rather than a powder, such as Durian (yes, I like Durian :P). The use of a strainer/sifter will help you get your particle size down if needed. 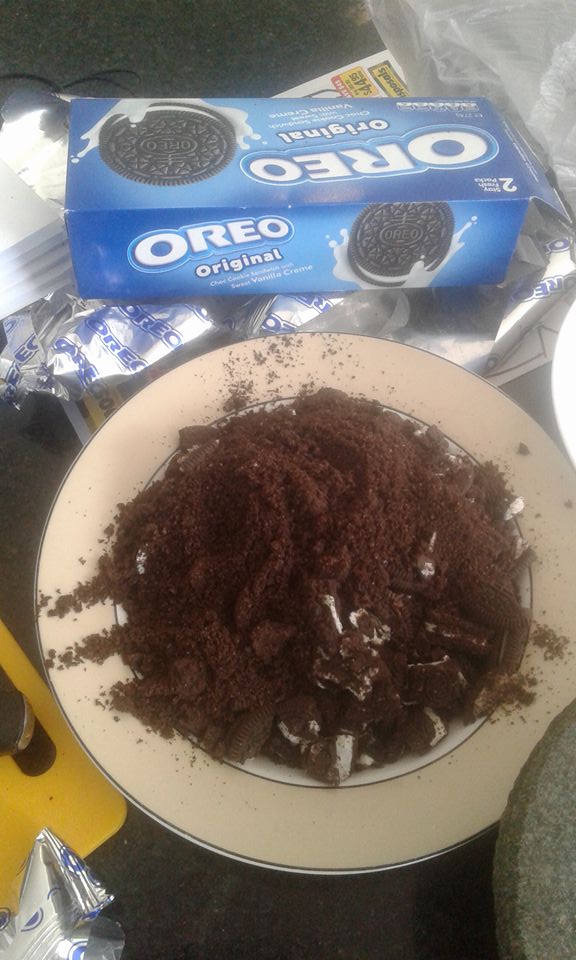 Powdered Oreo Cookies to use as a powdered mix-in flavoring. There’s also some larger pieces to use as an additional ‘large mix-in.’

Large mix-ins are where you’re adding something, such as chocolate chips or nuts or fruit, which is meant to be an independent packet of flavor in your ice cream, rather than flavoring your base mixture directly.

I’m not a big fan of using this method as the only way to flavor your ice cream because it’s a bit too simple but I think it works well in combination with other methods.

Flavor streaks are the same concept except the mix-in is a runnier consistency and its incorporated into the ice cream as a swirl, wave or layer. This works better than large mix-ins as a sole flavoring in my opinion but I also like to see it combined with other methods. Some good examples of this option include caramel, mocha swirl and fruity syrups such as blueberry and cherry. 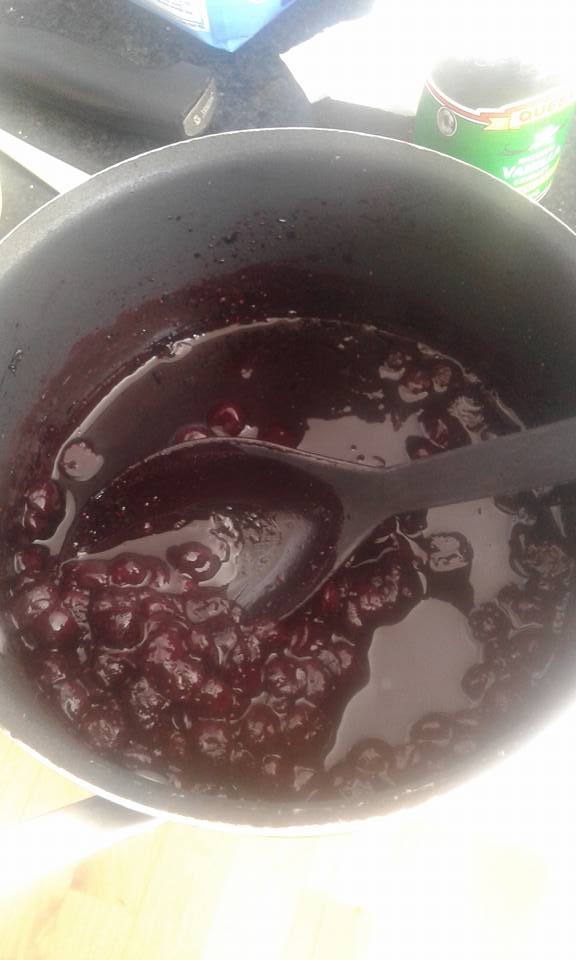 Most ice cream machines will have a recommended maximum mix-in size to add to your recipe in the last 5 minutes of churning. The reason for the maximum is that bigger pieces can interfere with the blade. This can be a bit annoying because you often will want to add larger mix-ins but you can quite easily add them after you’ve finished churning and while you’re transferring into a container for freezing. Alternatively, you can take a chance and add them into the machine, just be ready to switch it off if it sounds like its struggling.

Another reason to keep your mix-ins small is that larger mix-ins often don’t work that well in ice cream. You need to consider that your mix-in will be frozen solid and how that will affect the texture and eat-ability of your ice cream. In my first batch of vanilla choc-chip I used large chips which were a little too hard to eat once they’d been frozen in the ice cream. Large strawberry pieces should also be avoided because their high water content makes them freeze like ice blocks which aren’t very fun to eat.

Once you know the basic methods you can start to combine them to create complex flavors. The first three methods I discussed; dissolving/combining, steeping/infusing and powdered mix-ins are used to flavor the ice cream base and then you can use the large mix-in or flavor streak method to add another version of the same flavor or different flavors.

A common recipe idea is to flavor your base with something, for example almonds using the steeping method, and then also add that same flavor in a different form as a mix-in, such as almond pieces.

There you have it, those are the main ways to flavor your homemade ice cream. Learn these and you’ll find yourself coming up with new ice cream flavors and recipes rather than just wishing they existed. Keep your cupboards and fridge stocked with the basics and you’ll be ready to pounce on new ideas as they come to you and your family could be dining on one of your new creations before you know it!